You are here: Home / Travel & Destination / Europe / ROME: What makes it the number one tourist destination? 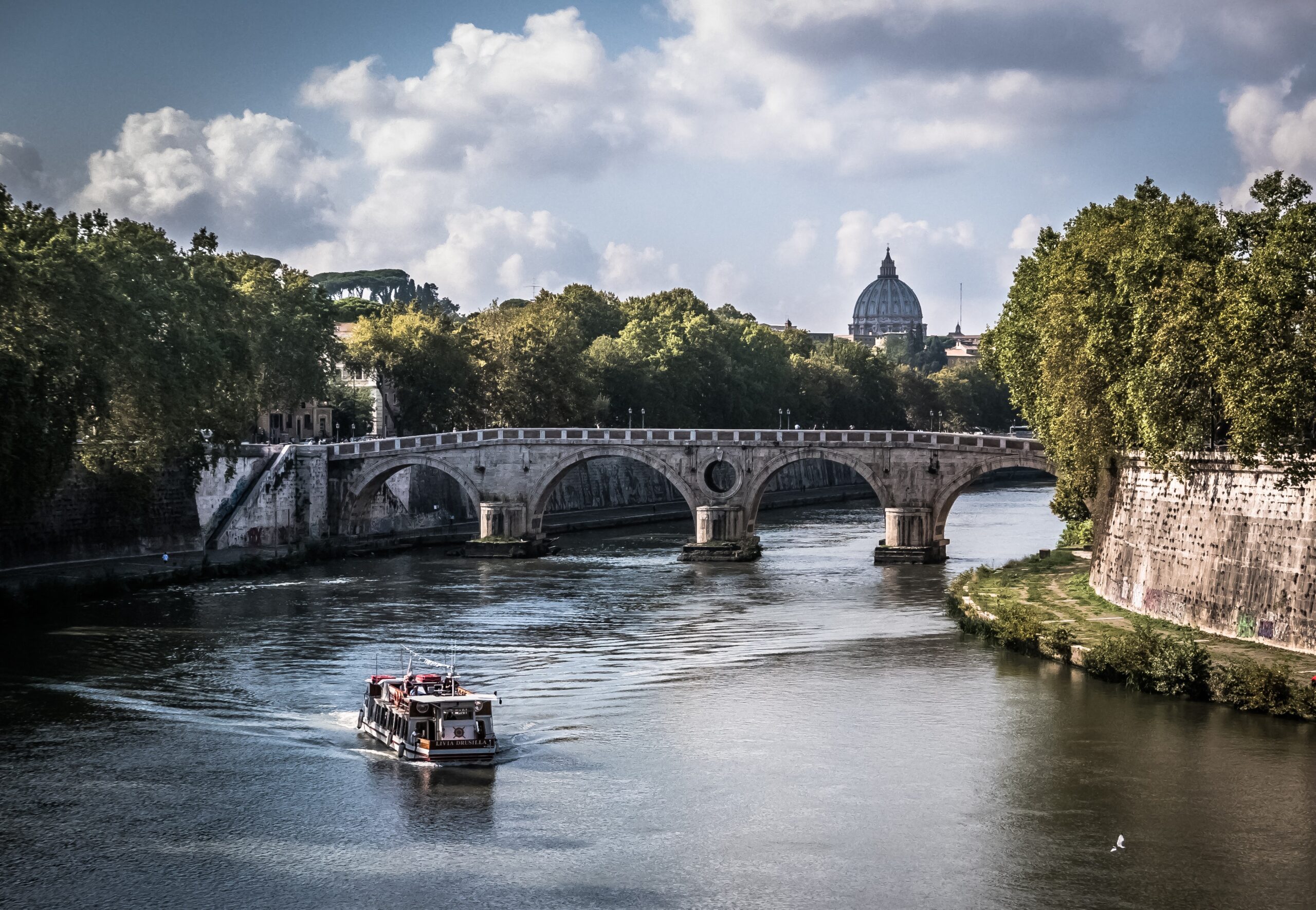 Rome is a city that has it all. It is a place that is rich in history, culture, and beauty, which is why it is the number one tourist destination in the world.

One of the things that makes Rome such a special place is its history. The city was founded over 2,700 years ago and has been a major player in world history ever since. It was the capital of the Roman Empire, which was one of the most powerful empires in the world. As a result, Rome is home to many ancient landmarks and monuments, such as the Colosseum, the Pantheon, and the Trevi Fountain. These landmarks are a testament to the city’s long and illustrious history and are a must-see for any visitor.

Another reason why Rome is such a popular tourist destination is its culture. The city is known for its art, music, and cuisine, which are all a reflection of its diverse and vibrant culture. Rome is home to many world-class museums and galleries, such as the Vatican Museums and the Galleria Borghese, which are filled with works of art by some of the greatest artists in history. The city is also home to many excellent restaurants and cafes, which serve a wide variety of delicious Italian dishes.

Finally, Rome is a city that is simply beautiful. It is filled with picturesque streets, charming squares, and breathtaking views. From the Colosseum to the Spanish Steps, there are so many breathtaking sights to see in Rome that it is easy to see why it is the number one tourist destination in the world.

Overall, it is the combination of Rome’s rich history, vibrant culture, and stunning beauty that makes it the number one tourist destination in the world. It is a city that truly has something for everyone and is a must-visit for anyone who loves travel and exploration.

What to see in Rome:

Rome is a city full of history, culture, and beauty, making it one of the top must-see destinations in the world. There are so many things to see and do in Rome that it can be overwhelming to try to fit everything into one trip. However, there are a few must-see destinations that should not be missed.

One of the top must-see destinations in Rome is the Colosseum. This ancient amphitheater is a symbol of Rome and a testament to the power and influence of the Roman Empire. The Colosseum was built in the first century AD and could hold up to 50,000 spectators. It was used for a variety of events, including gladiator fights, animal hunts, and theatrical performances. Today, the Colosseum is a popular tourist attraction and a great place to learn about Roman history.

Another must-see destination in Rome is the Pantheon. This ancient temple was built in the second century AD and is considered one of the best-preserved ancient buildings in Rome. The Pantheon is famous for its massive dome, which is made of concrete and has a hole at the top called an “oculus.” The oculus allows light to enter the temple, and it is said that it was also used as a sort of calendar, as the sun would shine through the oculus on certain days of the year. The Pantheon is also the final resting place of several famous Italians, including artist Raphael.

One of the most iconic landmarks in Rome is the Trevi Fountain. This stunning fountain is located in the Trevi neighborhood and is one of the largest and most famous fountains in the world. The Trevi Fountain was built in the 18th century and features a number of sculptures and figures, including a statue of Neptune, the Roman god of the sea. It is tradition to throw a coin into the fountain and make a wish, which is said to ensure that you will return to Rome one day.

Rome is also home to a number of stunning churches and cathedrals, including St. Peter’s Basilica. This iconic church is located in the Vatican City and is considered one of the holiest sites in the Catholic Church. St. Peter’s Basilica is home to a number of important works of art, including Michelangelo’s famous sculpture “Pieta.” It is also the final resting place of St. Peter, one of the apostles of Jesus.

There are so many other must-see destinations in Rome, including the Roman Forum, the Spanish Steps, and the Borghese Gallery. No matter what you choose to see and do in Rome, you are sure to have an unforgettable experience in this amazing city.

Rome is a city known for its rich history, stunning architecture, and of course, its delicious food. One treat that should not be missed while visiting the Eternal City is gelato. If you’re a fan of this creamy, flavorful frozen dessert, then you’re in luck – Rome is home to some of the best gelato places in the world. Here’s a story about some of the best gelato places in Rome that you won’t want to miss.

The first place to visit is Gelateria del Teatro. Located in the heart of Rome, this gelato shop has been a favorite among locals and tourists alike for decades. The owner, Massimo, takes great pride in using only the freshest ingredients to make his gelato, and it shows in the creamy, rich flavors that he produces. From classic flavors like chocolate and pistachio to more unique options like lavender and gorgonzola, there’s something for everyone at Gelateria del Teatro.

Another must-visit gelato spot in Rome is Gelateria La Romana. This shop, located in the trendy Trastevere neighborhood, is known for its wide selection of creative and unusual flavors. Some of the more popular choices include salted caramel, fig and ricotta, and even a gelato version of Rome’s famous carbonara pasta dish. If you’re feeling adventurous, be sure to give one of these unusual flavors a try – you won’t be disappointed.

For a more traditional gelato experience, head over to Giolitti. This historic shop, located just a few steps from the Pantheon, has been making gelato for over 100 years. The secret to their success is their commitment to using only the finest ingredients, including fresh milk and cream from local farms. In addition to classic flavors like chocolate and vanilla, Giolitti also offers a selection of seasonal flavors that change throughout the year.

Finally, no trip to Rome would be complete without a visit to Il Gelato di San Crispino. This famous gelato shop, located just a short walk from the Trevi Fountain, is known for its unique approach to gelato-making. Instead of using pre-made mixes, the team at Il Gelato di San Crispino creates each flavor from scratch, using only the freshest ingredients. The result is a creamy, rich gelato that has won over the hearts of foodies and gelato-lovers from all over the world.

There you have it – some of the best gelato places in Rome. Whether you’re looking for classic flavors, creative and unusual options, or a traditional gelato experience, these shops have something for everyone. So next time you’re in Rome, be sure to

indulge in a scoop (or two) of this delicious Italian treat.

Best places to visit in Italy:

Italy is a country with a rich history, beautiful landscapes, and delicious cuisine. It is no wonder that it is one of the top tourist destinations in the world. If you are planning a trip to Italy, here are some of the best places to visit:

No matter where you go in Italy, you are sure to have an unforgettable trip. Buon viaggio! 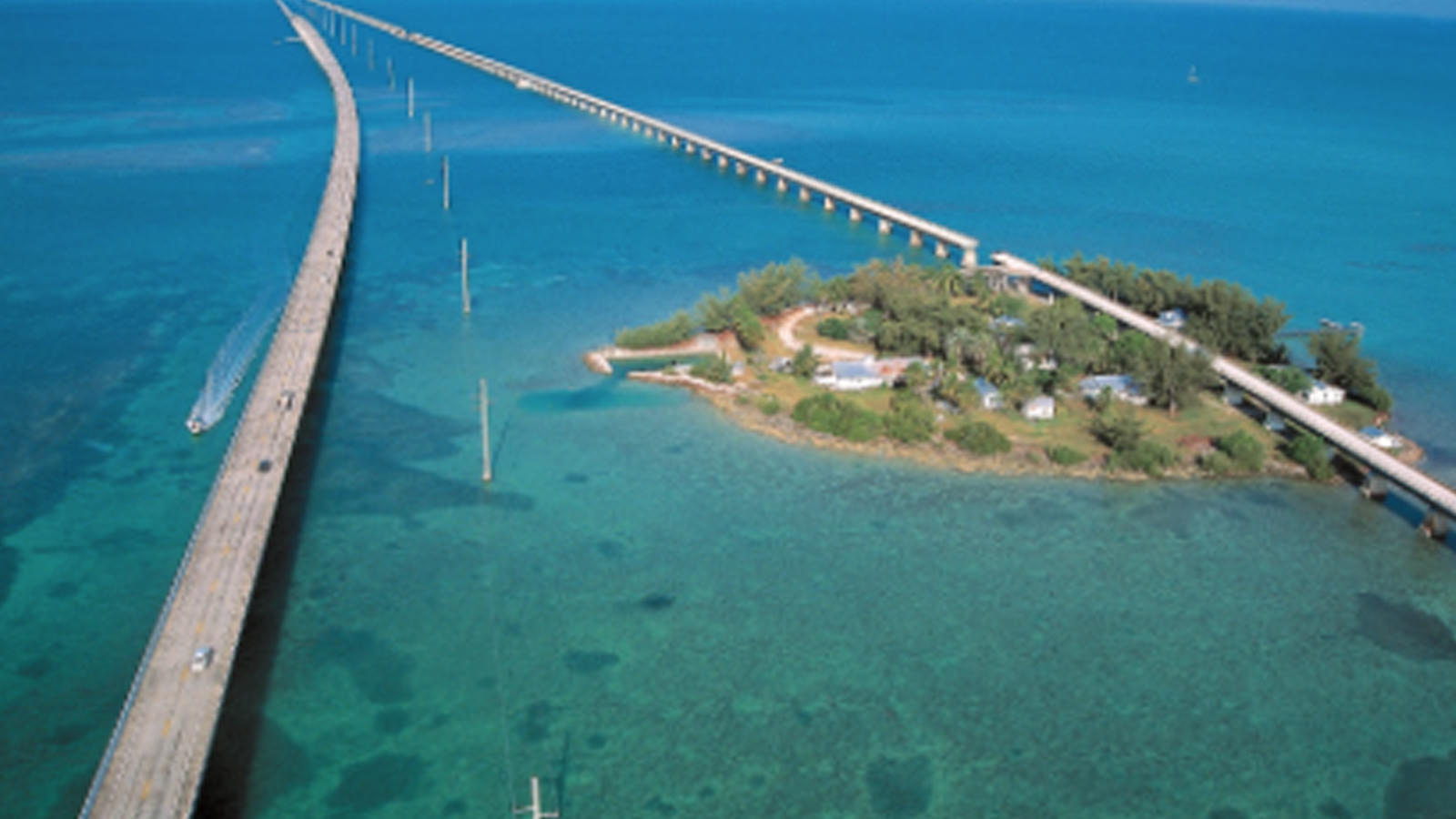 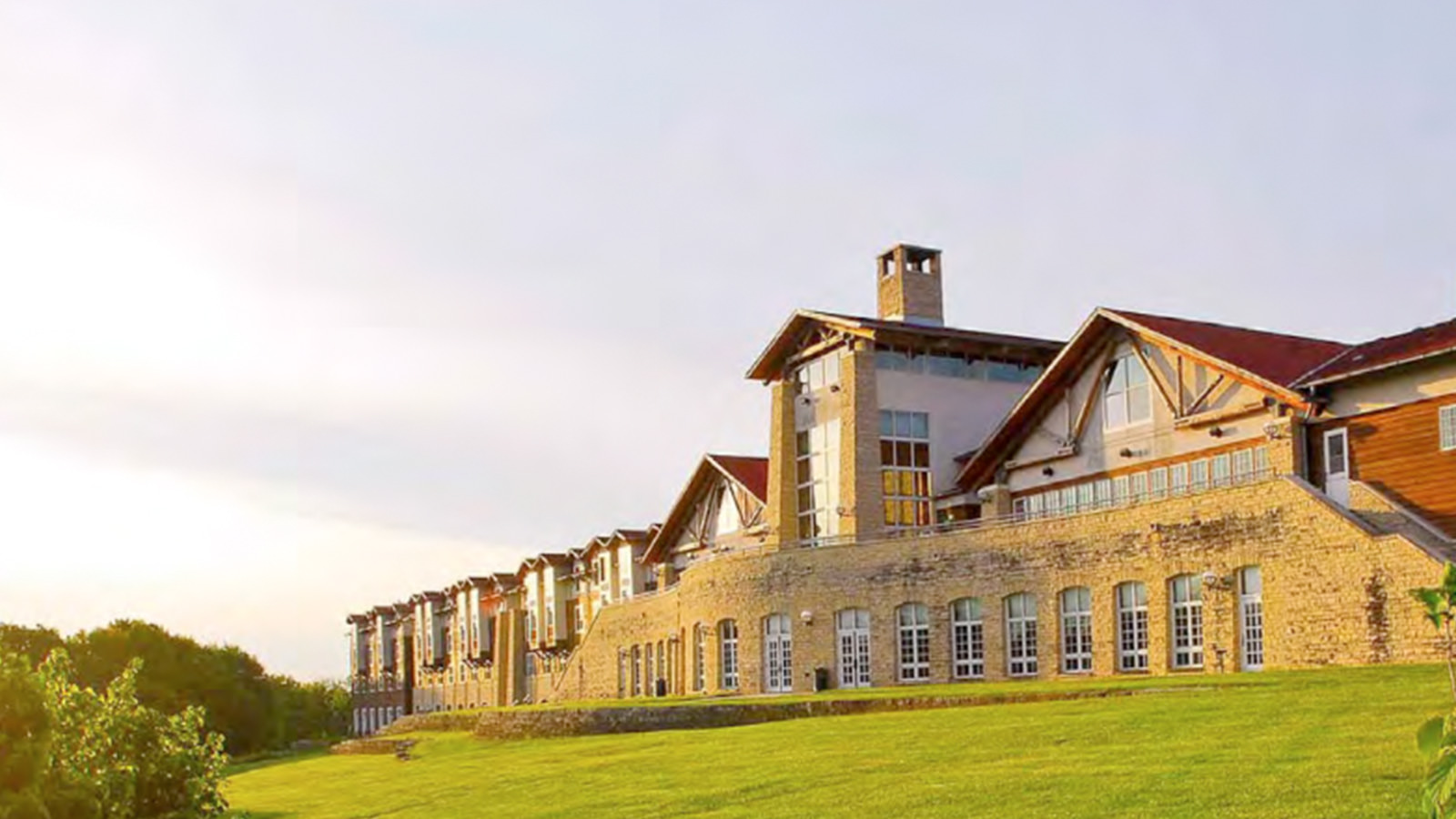 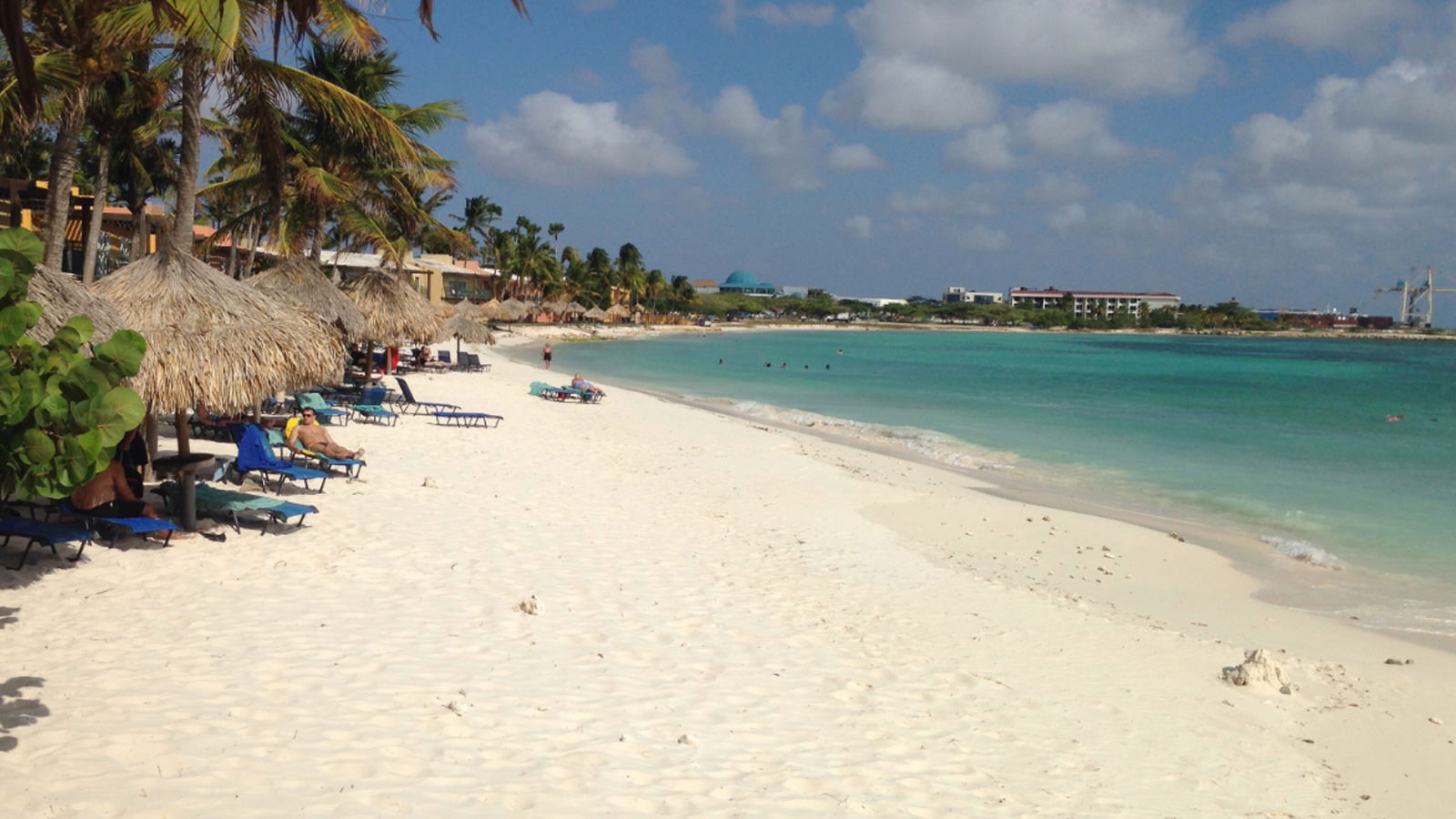 You, Me and Southwest Airlines Sponsored Adventure