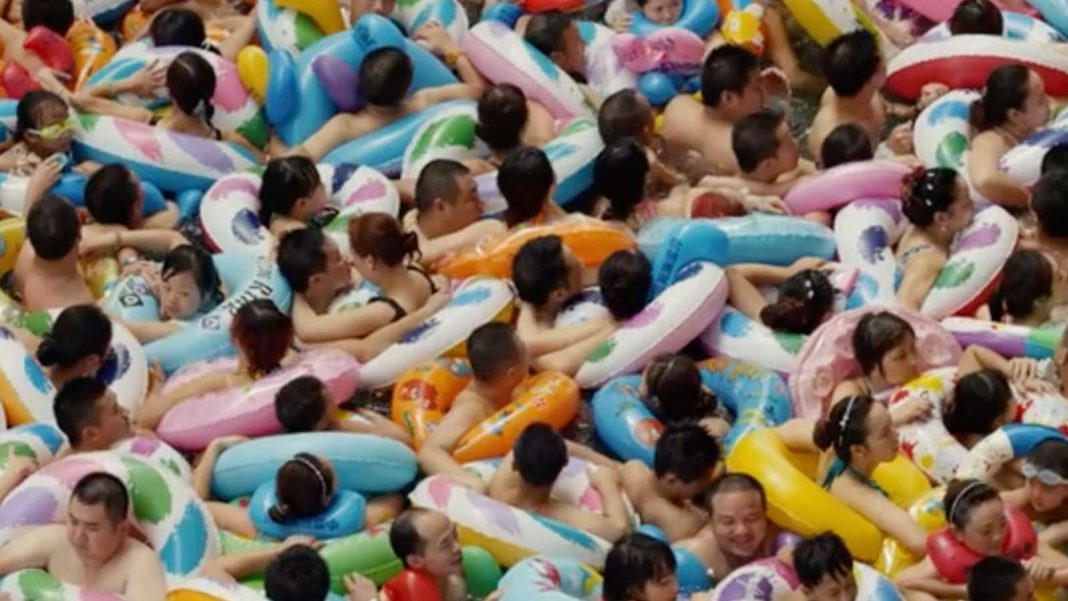 His approach to the film comes with these basic questions.

What is it that makes us human?

Is it that we love, that we fight?

The quest for discovery ?

Yann reached out to find his team to create movie magic with. First up, with the many countries and languages he planned to feature, was to organize a team of translators. It was important to get the stories right, and he turned to journalists as well to help get the job done.

He then turned to finding those who would shoot the movie, and created a team of cameramen to travel and shoot people’s stories.

One portion of the film caught our attention. The masses taking to a wave pool in China. Hot days lend to heading to this activity. Thousands of people literally bouncing in inner tubes with hardly an inch between them, at times overlapping the colorful rings on top of each other.

For more of the movie visit http://g.co/humanthemovie

Have a story? Make sure to share it using #WhatMakesUsHUMAN.