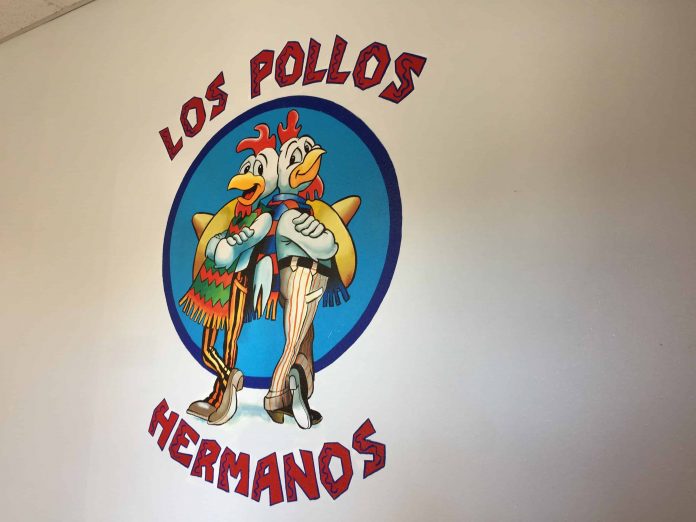 On a sunny winter day in Albuquerque, nearly four years after the iconic AMC show Breaking Bad ended its run, people are still flocking to Walter White’s house–one of the many film locations in and around Albuquerque, where fans track down and visit for themselves.

In the few minutes I was there, I witnessed a man dressed in a black Heisenberg t-shirt stood smiling for pictures, while his girlfriend in a Better Call Saul blouse gleefully clicked away.

While this mega hit is long gone, its prequel returns for a fourth season in 2018, with rumors of appearances from more beloved BB characters. What better way to prepare for the upcoming show than to revisit some old haunts and new settings from the spinoff?

Here, I’ve put together eight of the show’s shooting locations worth visiting on your next trip to Albuquerque.

Beware of spoilers ahead! 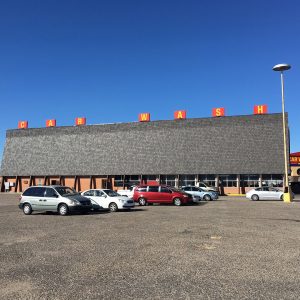 In the Northeast Heights, the prominent A1A Car Wash (now Mister Car Wash) is just minutes from Downtown Albuquerque. This was where Walt and Skyler laundered a lot of dirty cash but, in reality, the harmless car wash focuses on just cleaning cars. Make your vehicle sparkle, pick up a Heisenberg shirt from the store inside, or just snap pics of the long building from the large outdoor parking lot open to general public. 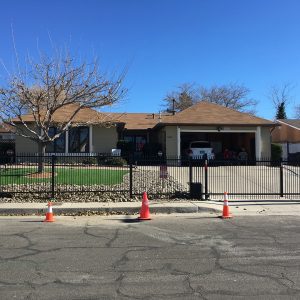 Walter White had a short commute to his second job from his home, a humble one-story abode in a quiet neighborhood. The house is owned by Frances Padilla, who has lived there for over 40 years and probably never imagined how the show would impact her residence. Metal fencing surrounds the property, along with outdoor cameras to make sure no one jumps over or tries to throw a pizza on the roof. It’s clear the current residents don’t want to be bothered, but that shouldn’t stop you from getting your pictures from across the street. 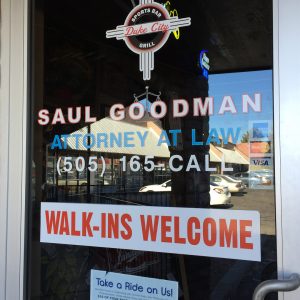 One of the most beloved characters on the show is Saul Goodman, the charming, wise-cracking lawyer who can get anyone out of trouble. Just a mile from Walt’s house, Saul’s office is in a strip mall, though his inflatable Statue of Liberty on the roof and giant constitutional walls have since been torn down. The front door to his firm is still in place, even though the space is now a bar and grill named Duke City Sports Bar. The door was discovered during construction and the owners decided to keep it. Grab a beer and a bite to eat and reminisce about the good and bad times Goodman endured, and the laughs he provided. 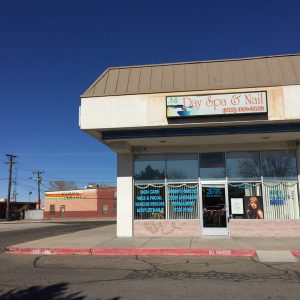 Long before Saul Goodman existed, he was Jimmy McGill, a hard working lawyer who brought himself up from his bootstraps, helping elders sort out their financial issues. But, as we know, things didn’t turn out the way he hoped and he went down the rabbit hole to eventually partner up with White and Pinkman. But his one room office/apartment behind a nail salon is where he got started, and you can visit to admire Jimmy/Saul’s humble beginnings. The filming location is an actual nail salon, so if you need a manicure before hitting the road again, this is the place! 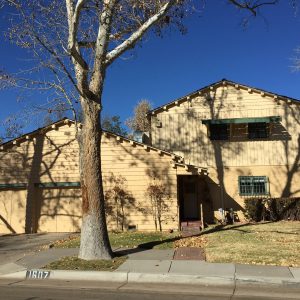 In the beautiful Huning Castle neighborhood where houses fetch over $1 million (when the average home price Albuquerque is $185,500), Jimmy McGill’s brother Chuck lives a simple life in a picturesque cul-de-sac across from a peaceful park with majestic trees. Though due to Chuck’s “condition,” which requires he stay away from anything electronic, he rarely leaves his home, there’s plenty of action within its walls. Even though Chuck and Jesse Pinkman inhabit separate worlds, their houses are just a stone’s throw away from one another. No metal gates surrounding this place — yet. But be sure to take a break, sit on a park bench, and breathe in some fresh New Mexico air. 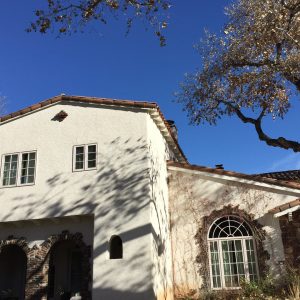 At the beginning of the series, Jesse damages the ceiling when he uses hydrofluoric acid to dissolve a corpse in the upstairs bathtub, which his parents later renovate. When Jesse came into meth money, he worked with Saul Goodman to purchase his late aunt Ginny’s home by blackmailing the Pinkmans. This simple home with Spanish tiles and lovely arches on the front porch is in a quiet suburb where you may not see a soul walking down the streets. While the show was tumultuous, when taking a walk through these ‘burbs of Albuquerque, you can’t help but wonder how the show’s creators were able to harness the harmony and beauty to showcase a reality that’s far from it. Bravo! 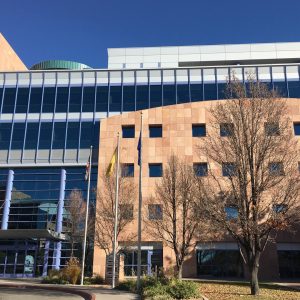 The big shot attorneys of Hamlin, Hamlin & McGill are not ones to shy away from show and tell. With giant HHM letters out front (only on the show), an elaborate lobby with flanking staircases, and high-tech conference rooms, the firm is top-notch, but not so much with their morals. The offices of HHM are located in the Pan American Building, a 15 minute drive from Downtown Albuquerque. The boardroom scenes are filmed at the Sun Healthcare Group (at 101 Sun Avenue). When visiting HHM, you can walk into the building, but be prepared to answer to security. 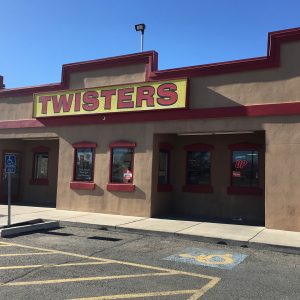 Don’t expect to find fried chicken at this real life fast food joint. Currently a Twisters establishment serving Mexican fare and specializing in burritos, the place certainly brings back memories for Los Pollos Hermanos fans. Upon entering, a large Los Pollos Hermanos logo greets visitors, and the setting is eerily similar to the one run by Gus Fring. Don’t miss a chance to sit in “Walt’s Booth” and get your picture taken. With Fring featuring prominently in Better Call Saul, the hype surrounding Pollos Hermanos isn’t going away anytime soon!

Catch up on all seasons of Breaking Bad and the first two seasons of Better Call Saul on Netflix.