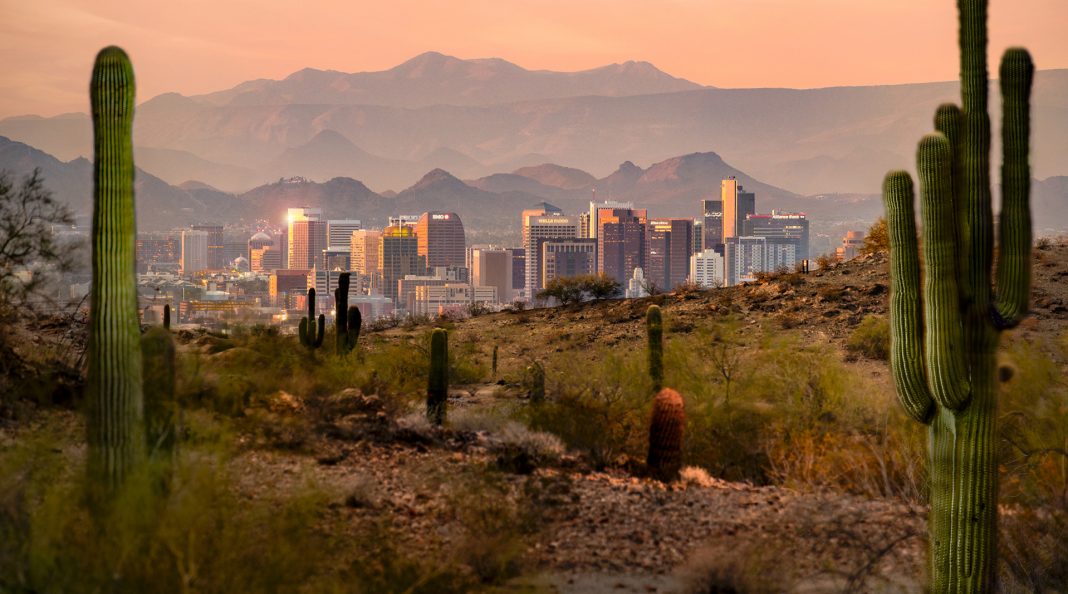 The country’s fifth largest city finally has a downtown worth visiting. I’ve been in and out of the Phoenix metro area over the course of about 15 years, mostly because my parents live in the outskirts, although I did collectively reside within Phoenix for about 3 years throughout my many returns. What once was an area many didn’t want to spend time in has transformed into the area where everyone now wants to be, and as of earlier this month, downtown Phoenix is now my home. Below are three of my favorite things about living in downtown. 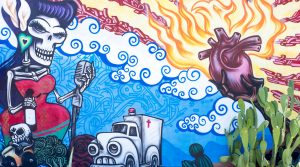 , an art inspired event that takes place in the Roosevelt Row area of downtown has been in existence for decades. I remember the days when that was the only legitimate excuse for spending time in downtown. Back then, it would be something to look forward to because it was a part of town that was so edgy, but for a few hours on that first Friday of each month, everyone would come from all over the place to spend time together enjoying different artists, galleries and random street art. Today, First Friday is still a thing, except that it’s grown exponentially. And that cool art scene that was once a single day per month has become a way of life and is what embodies the heart and soul of downtown Phoenix.

Roosevelt Row, downtown Phoenix’s walkable arts district, is more than just First Fridays Art Walk. It’s home to galleries, and studio spaces, bars and boutique shops and incredible street art that dominates the district. It makes for a great starting point when visiting and from there, one can wander off and explore more of the downtown area. 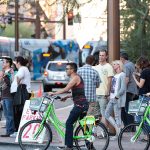 I’ve personally been walking and biking on Roosevelt Row as often as I can, in an attempt to try all the restaurants, coffee shops and bars, most recently discovering The Dressing Room, a really cute spot with a daytime happy hour keeps me coming back for more. Fun fact about the name, the building was actually the location of one of Phoenix’s original drag bars, so it’s a lovely nod to its history. 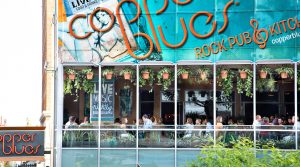 But downtown isn’t just about art on the walls; it’s also about art your plate. Downtown has an abundance of restaurants that are led by some of the top chefs in the state, and country like Aaron Chamberlin’s downtown dining hall, Phoenix Public Market Cafe, a restaurant with a community center atmosphere in addition to killer menu, including their pork chile verde pot pie, a nod to Arizona cuisine. Chris Bianco, the godfather of the Valley’s pizza scene graces downtown with Pizzeria Bianco, an unbeatable pizza experience. Matt’s Big Breakfast has a fairly simple menu but that’s because this spot is one of the most popular breakfast joints in all of Phoenix, and they have the lines to prove it, even with their basic menu. And of course, my personal favorite, conveniently located a block from my front door is The Vig Fillmore, set in the historic Roosevelt District in the 100 year old Cavness House. It’s an upscale neighborhood tavern with a massive outdoor patio and bar, making it a great place to just hang after work with live music and delightful cocktails like their Cold Brew Old Fashioned, which combines my two favorite drinks into one. 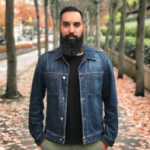 David Duran ya traveled to all seven continents and more than 70 countries and counting. His work have appeared in various publications including the NY Post, Travel + Leisure, TripSavvy and Fodor’s Travel. 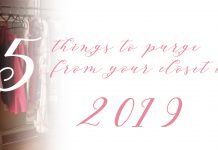