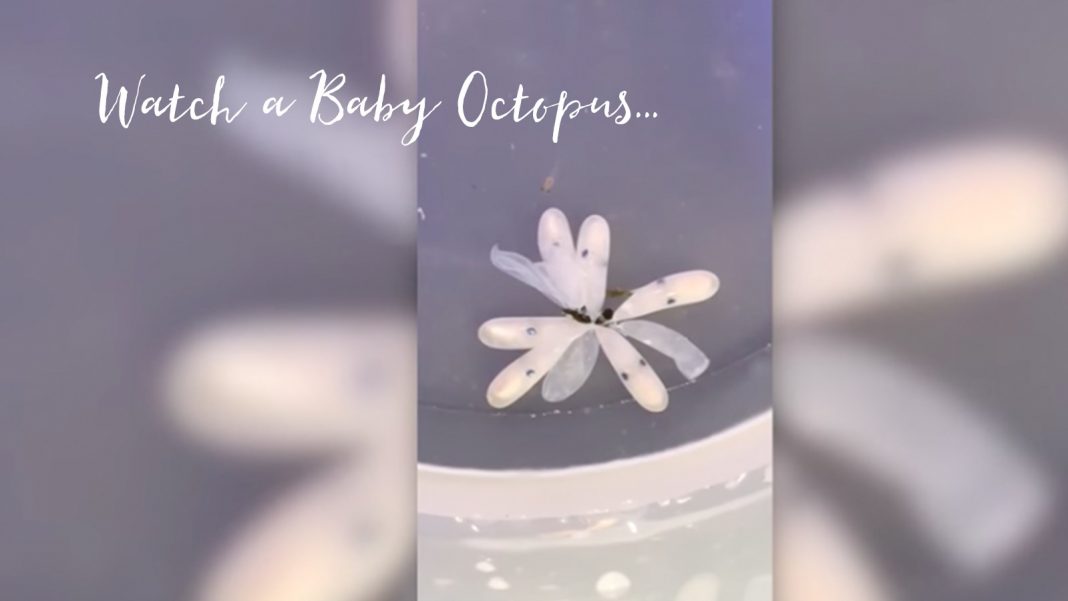 The Virginia Aquarium and Marine Center had an octopus who laid eggs. On February 7, several of the babies hatched! Sqeeeee! Baby Octopus x a gazillion!

In a statement by staff, they said, “While we are cautiously optimistic, it is common for octopuses to lay over one hundred eggs in its clutch to ensure at least one makes it to adulthood.”

Well, thankfully, these little babies will get the best possible chance from their animal care team.

We’re rooting for you kids!

Learn more about the Virginia Aquarium and Marine Center‘s activities including Mermaid Mondays!

An Octopus is a solitary animal. They build their homes in rocks, coral or dig burrows in the sea bottom, scattering rocks and shells to conceal their dens. This is where they eat and mate.

A sad ending, both male and female octopuses die just after the eggs hatch, since their life span is only 12-18 months.

So, what happens to the tiny hatchlings? They ride the currents, for 45-60 days, feeding on plankton as they go.

After all of this, just one or two baby octopuses will make it to adulthood.

Common octopuses are not endangered or threatened in their environments right now. Sadly, octopus is a popular Asian food delicacy, as well as in Mediterranean cuisines. Fisherman catch octopuses using a large net–luring them into plastic traps, called “octopus pots”. The octopus thinks it’s a den for their breeding. The problem is, if fishing for them lines up with their breeding season, then less babies eventually means that octopus populations could be in danger.