Here at Adventure Girl, we don’t believe there’s ever a bad time to travel, but we do know that some places are more popular in the summer. In an effort to encourage you to get out now, here are seven underrated locales for your next wintertime rendezvous. Cheers to cold temps and hot toddies!

Michigan’s Upper Peninsula: Bring your ice cleats and your balance, and program your GPS to Eben Junction, in the far north of the state. Two miles from the tiny town, you’ll find the trailhead for a three-quarter-mile hike to Eben Ice Caves, in Rock River Canyon Wilderness. Here water that has trickled over a concave sandstone cliff face freezes into magnificent pillars and columns of ice. On a busy day the caves see about 300 people; if you make it up there, you’ll be one of just 1,700 that visit annually. While you’re in the U.P., a friend recommends a cross-country ski run along Lake Superior or one of the other “Greats.” The lake effect causes natural powder that is perfectly pristine.

Chicago: The Windy City is known for its warm (and humid) summer weather action: Lollapalooza, the Taste of Chicago and 400-some neighborhood fests. Even though Chicago blows cold in winter, there are lots of excellent museums worth making a trip for, from the Art Institute of Chicago to the Museum of Science and Industry. Even more lovely in the dead of winter? Those indoor sites that offer some green respite, such as the Garfield Park Conservatory, the Lincoln Park Conservatory, or the Chicago Botanic Garden. (Of course, lately people have also been flocking to the area to see Hamilton, which we wholeheartedly recommend if you can get tickets.)

Grand Canyon National Park: Between March and October, the grandest of canyon’s backcountry will see upward of 13,000 hikers. But between December and February, that figure drops to 3,000-some. Sure, it’s cold and snowy then, and upper trails in particular may be dicey, but if you’re prepared for the elements, it is, as the U.S. Forest Service says, “possible to cover the entire 45 miles between Jacob Lake and the North Rim and not see another soul.” If that sounds like a good thing to you, prearrange a backcountry permit and get packing.

Ouray, Colorado: The crowds will be downhilling it in Telluride, Vail and A-Basin. But you and your crampons will be tackling the Scottish Gullies, Five Fingers and 200-some other ice and mixed climbs at the Ouray Ice Park. A free, open-to-the-public manmade ice climbing venue co-run by the city and a local nonprofit for the past 20 years, the mile-long Park is tucked in the Uncompahgre Gorge south of town. Spend your days in the Park, your nights at the historic Beaumont Hotel & Spa. Built in 1886, the recently restored and modernized facility has housed, fed and soaked a host of celebs from Jewel to Oprah.

Utah Canyon Country: “Being virtually alone in Arches, Dead Horse Point, and Canyonlands is extraordinary. There’s nothing prettier than the red rock country with snow on it. I spent New Year’s 2007 in Moab, and it was the best New Year’s ever. I brought my ‘stabil-icers’ so I could still hike on the snowy slick rock, and it was awesome.” That’s from a friend who is an Aspen, Colorado native and knows her outdoors. Follow her lead and hike and camp, or, for the cyclists who are tired of being stuck on indoor trainers, bring your mountain bikes and climb Moab’s Hurrah Pass, Monitor & Merrimac or Poison Spider Mesa on beautiful 40-degree days.

Portland, Oregon: Portland’s sunny days are difficult enough to catch in the summer, so it’s good to expect them to be even more evasive in the winter. But that doesn’t really matter when you’re known for bikes, brews, booze and (coffee) beans. You can pretty much find any or all of these on every block of the city — bundle up, hop on a two-wheeler and pedal your way from barista to bartender, popping into whichever place suits your fancy, or gets you out of the rain. Sit by a gorgeous fireplace and alongside walls of fine distilled spirits at the Multnomah Whisk{e}y Library or hit Stumptown Coffee Roasters and debate whether it still has the best cuppa in the city.

Yosemite National Park: About half a million people visit Yosemite each summer month; that number drops to around 100,000 per month in the winter. So it’s worth exploring when you’re less likely to capture others in your selfies with Yosemite Falls. (And according to the National Park Service, “During winter, you may or may not find snow on the floor of Yosemite Valley, but Yosemite Falls is nearly always flowing at least a little.”) From ice-skating at Curry Village to full-moon snowshoe walks to frolicking in designated snow-play areas, Yosemite offers much to try year-round, including the Ansel Adams Gallery in the heart of the valley. Check out his Yosemite Special Edition Series, launched in 1958, and still only available for purchase from this gallery. 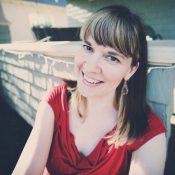