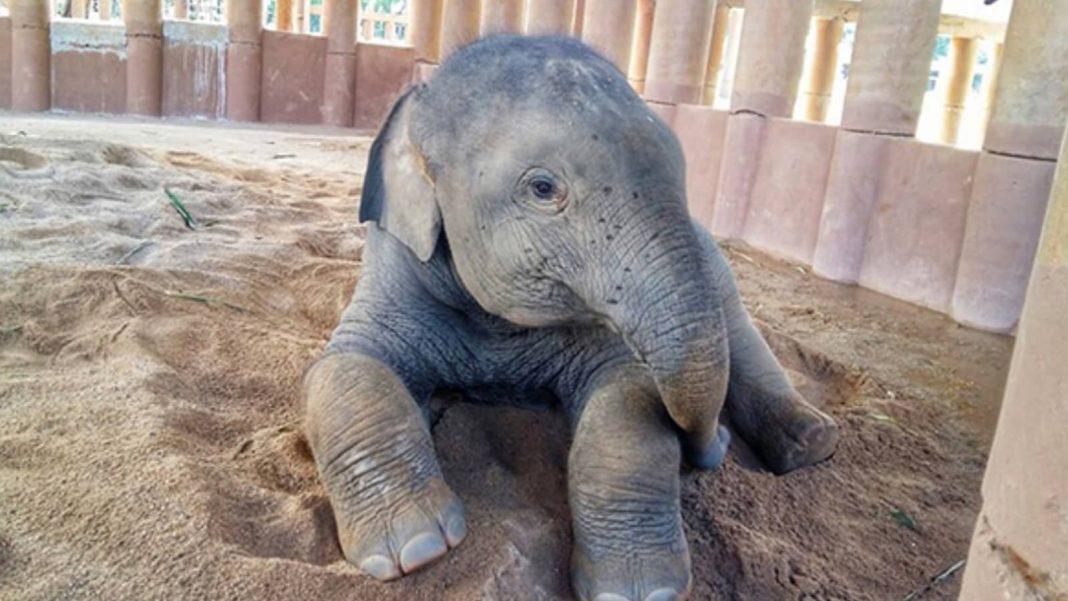 The elephants at Elephant Nature Park in Chiang May, Thailand are all family to each other. In fact, elephants are extremely family oriented, and when it comes to their babies, rescued or not, they are warm and welcoming.

When the park released one of their new rescues, the whole herd can be seen running to greet the new rescued baby elephant, named “Dok Geaw”.

Dok Geaw is one year and nine months old. He was once an orphaned child…but it looks like he has a new family.

Dok Geaw  lost his mother when he was 4 months old. His mother  was a logging elephant. During his birth, his mother had complications and a prolapsed uterus. Sadly, she was still used for work after she gave birth to her baby.

Unfortunately, when they finally brought the mother to Thai Elephant Conservation Center’s Elephant Hospital in Lampang, the infection she had progressed to a point where she could not recover despite efforts to save her.

Grievously, she passed away when Dok Geaw was only 4 months.

He still needed nursing from mother, so everyone at the park helped bottle feed him, give him love, and finally introduced him to his new elephant family.