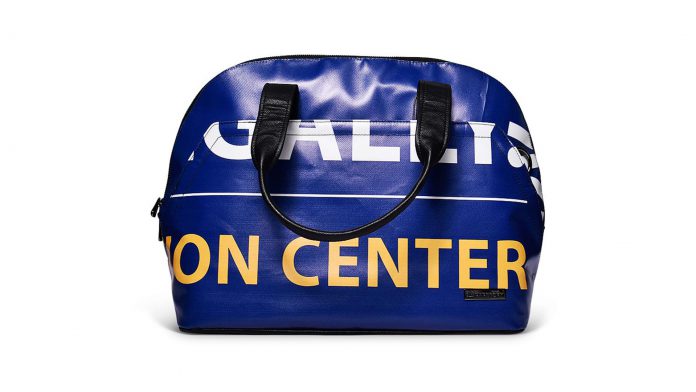 Four years ago, brothers Alec and Aric Avedissian were backpacking through South America when they noticed old vinyl billboards being used as roofing.

Inspired by the uniqueness and versatility of the materials, they had an idea: why not re-purpose old billboards into unique, one of a kind products? Taking a leap of faith, they both left their jobs in corporate America and took the plunge into entrepreneurship.

From the beginning both Alec and Aric knew they wanted each item in the collection to be unique or “rare” and every billboard to take on a new “form.”
Thus was the birth of la based RAREFORM: a line of sustainable, stylish bags and accessories, all of which were once  vinyl in the sky.

The brand has since expanded internationally to Japan, Europe, Korea, Israel, Canada, and several other countries, and has partnered and worked with the World Surf League, Jason Mraz and Jack Johnson to name a few.

Every Rareform product has a different print and history.

Being 100% vinyl also makes the styles light, waterproof, and vegan.

With roughly half a million billboards in the US,  and the average ad campaign running 4 weeks, millions of vinyl billboards are produced annually, many of which end up in landfills.
Rareform is doing its part by repurposing roughly 20,000 lbs a month of retired vinyl billboards into one-of-a-kind products.

Once the retired billboard is received In the California warehouse, it is washed, hand cut and then sewn.The company has strict cutting guidelines: they focus on typography, colors, and abstract designs, while avoiding faces, food, and logos.

The product line is quite diverse, featuring not only bags and wallets, but also iphone cases, laptop sleeves, and even stunning covers for bikes and surfboards.
Here are some of my favorites below and  for a limited time you can receive an additional 20% off your first order by using code: 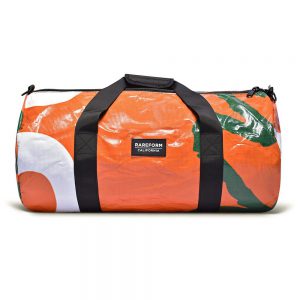 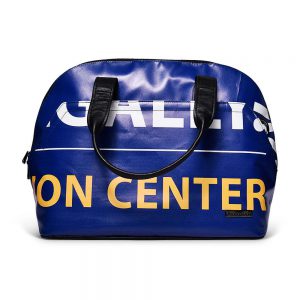 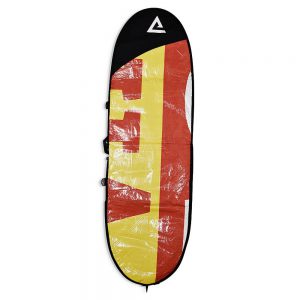 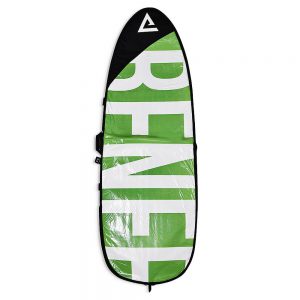 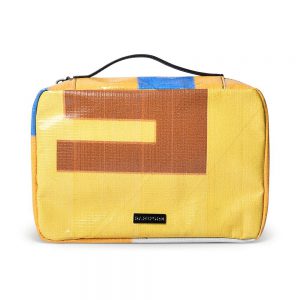 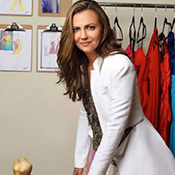 Canadian Fashion Designer Dalia MacPhee has rocketed to the upper echelon of sought- after designers in Hollywood. She’s been called the “IT” girl of the red carpet and Entertainment Tonight has referred to her brand as “Couture with a Conscience.” The Consul General of Canada listed her as an emerging phenomenon in Canada with significant designing talent, and Google Inc has touted her as “making waves in fashion and technology.” Dalia’s designs have graced figures of many of the biggest celebrities in Hollywood.
You can follow her at @daliamacphee