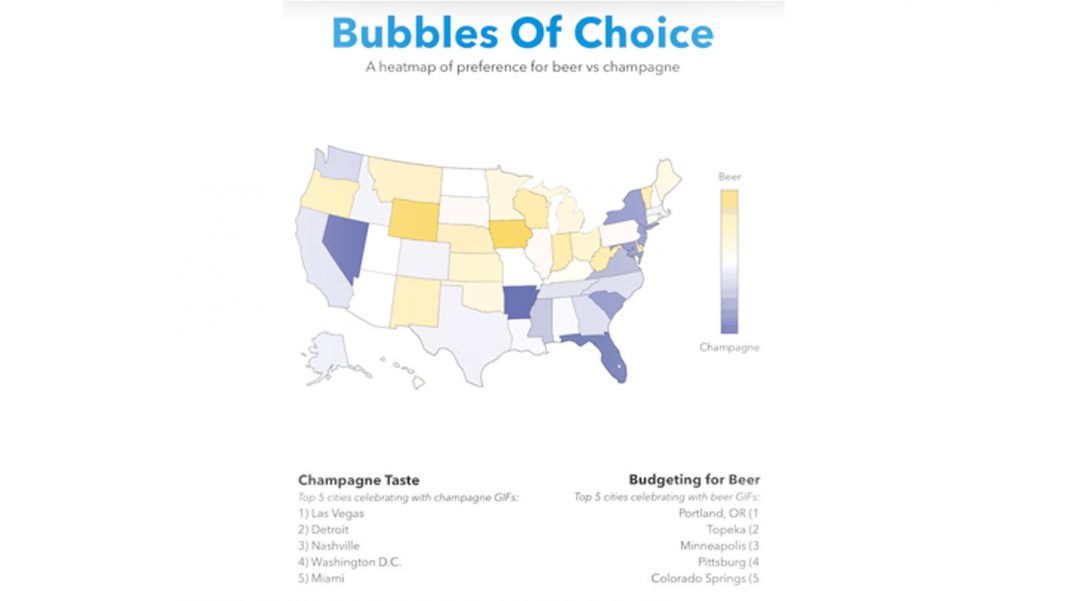 It’s no secret that America loves an excuse to get the bubbly flowing, be it a nice Brut or a heady lager. We all know those friends who choose to only  drink Champagne, while others only drink beer. It’s definitely a taste preference, with some people liking neither, or both.

Lucky for us, International Beer Day AND the recognized birthday of champagne (the day that Dom Perignon reportedly invented the sparkling wine) are on the same day–August 4.

To help celebrate, Tenor analyzed over 200 million daily GIF searches to see who in the U.S. has champagne taste and who is budgeting for beer.

Check out the custom heatmap of states that either pop champagne bottles or offer beer keg stands.

Are you surprised at some of the information on the charts?

What was the first beer in the USA?

Yuengling & Son, also called Yuengling (pronounced “ying-ling”), is the oldest operating company to brew beer in the USA. It was established in 1829 by David Yuengling. It’s one of the largest breweries by volume in the country.

When was Champagne first invented?

Bendictine monk, Dom Perignon, was making wine. One issue was that he couldn’t rid it of bubbles. Upon his tasting this bubbly drink, he exclaimed, “Come quickly! I am drinking the stars!” Thus, according to legend, champagne was created on that day, in 1693.

Is there a cocktail combining both beer and Champagne?

Yes! It’s called the Black Velvet Cocktail and is beer made from stout (often Guinness), then mixed with Champagne. The drink was first created by a Brooks’s Club bartender in London in 1861, to mourn the death of Prince Albert, Queen Victoria’s Prince Consort. Its color is supposed to represent the black or purple cloth armbands worn by mourners.