You are here: Home / 8Great / 8Great: Live Like a Celebrity if only for a Weekend Adventure…

Top Celebrity Resorts are certainly worth experiencing if you’ve got the coin to drop on some of these destinations. Celebrity-owned hotels offer fans hoping for a brush with fame, and  everything from rugged chic to Hollywood Glam. Excellent accommodations, started from a famous owner’s vision and personal touches, have given these A-list hotels high marks in the world of travel.

Travelers looking to grab a piece of celebridum? Here’s a list of places owned or originally founded by some of Hollywood’s elite, rockstars and designers.

What would you expect from the original Horse Whisperer, founder Robert Redford’s sprawling ranch? Situated at the base of Mount Timpanogos on 6,000 acres of rolling hills and babbling brooks, the Sundance Kid’s retreat, Sundance Resort has  travelers raving about the resort’s rustic beauty, excellent service, and outdoor activities.

Seems he didn’t get enough of the jungle during the 14 months he was filing Apocalypse Now in the 1970s. At Francis Ford Coppola’s Blancaneaux Lodge in San Ignacio, Belize, is situated in the northwest corner of the 107,000-acre Mountain Pine Ridge Forest Reserve. The lodge’s high-end cabanas and villas enhance the natural surroundings with thatched roofs, open-air living areas, and hammocks.

Become one of the beautiful people, darlink. High fashion and hospitality join forces at Donatella Versace’s trendy Palazzo Versace resort on Australia’s Gold Coast, of course. All aspects of the resort were designed to reflect the Versace brand, including high-end freebies like mini bottles of Versace perfume.

When actor and director Clint Eastwood purchased the historic Mission Ranch in 1986, he saved 22 acres of prime real estate on Carmel’s Monterey Peninsula from development. But this isn’t your typical spaghetti western digs. Eastwood, who owns a home nearby, is still spotted on occasion at Mission Ranch, a farmhouse with 31 rooms, ocean views, and sheep grazing in the meadow.

After roaming around the world, lead singer for the B-52s, Kate Pierson caught cabin fever and decided to open her own love shack, Kate’s Lazy Meadow Motel, near Woodstock, N.Y. Visitors have their choice of kitschy 1950s’ camp cabins, or vintage Airstream trailers.

8. Rockin’ yourself to sleep with Bono and The Edge: The Clarence, Dublin, Ireland

Purchased in 1992 by rockers Bono and The Edge of U2, The Clarence Hotel in Dublin, Ireland is adjacent to Temple Bar, a popular nightlife area. Although most travellers praise the hotel’s location, some cite the evening noise as a problem. But what would you expect from rock stars?

Source: Canwest News Service
*Some destinations have changed ownership, but were founded by these famous icons.
[td_block_slide custom_title=”More Articles” category_id=”23″] 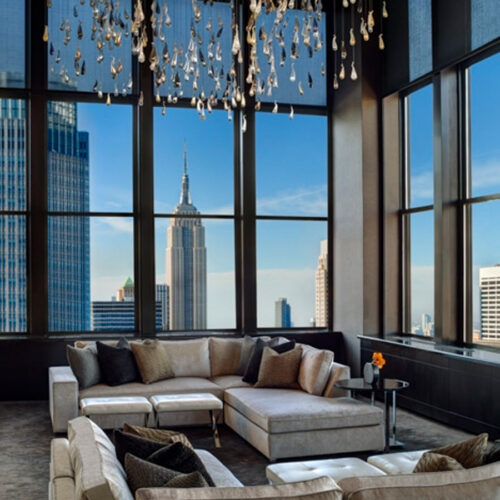 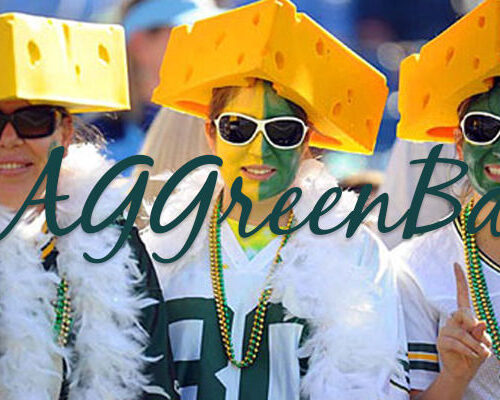 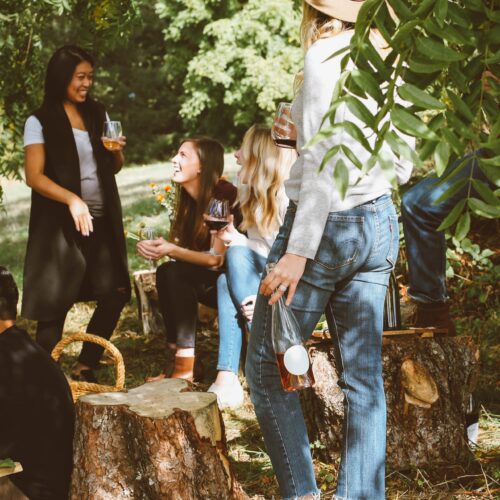